These are the 2009 MLB Team Labels.  They include the team logo, record, final standing, Playoff Result, Manager(s), Ballpark, Capacity, Weather Ratings, Ballpark Effect Ratings, Fence Height, and any other secondary or commemorative logo.  The set also includes a label for the MLB Mixed Group, which includes players who were issued multiple-cards in the set.  Please see the first blog post for general instructions on printing/application of the labels.  These labels may be revised in the future to add uniforms.

This season IS currently available for purchase from Strat-O-Matic: 2009 Baseball Cards and Additional Players

An awesome combination of newly signed stars and veteran Yankees created a monster: The highest scoring team in baseball that devoured all competition on the way to the World Series title for the first time since 2000. Newcomers Mark Teixeira led the AL in HR (39) and RBI (122) and C.C. Sabathia led the league with 19 wins. Meanwhile, Derek Jeter (.334, 18 HR, 30 SB, Gold Glove) Robinson Cano (.320, HR), Andy Pettitte (14 wins) and closer Mariano Rivera (1.76) upheld the honor of traditional Yankees

The Additional Players include the popular “total cards” that show the combined statistics for players traded between leagues in mid-season. In 2009 there are 55 total cards, including those for Matt Holliday, Scott Rolen and Cliff Lee. Other Additional Players include men with limited time, but may have had the at-bats or starting pitching assignments you want for a detailed season replay. 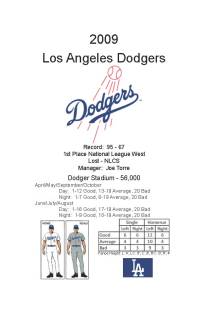 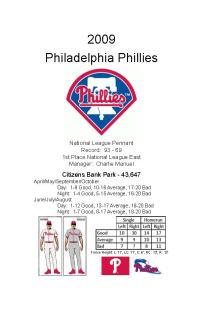